Why Invest in the U.S?

Recently, a well known Polish businessman, Krzysztof Jablonski, opened his first U.S. factory in Dublin, Virginia. Mr. Jablonski is one of the largest producers of scented candles in Europe. Last year he decided to expand his operations to the U.S. market and he is successfully establishing his presence in the United States.

At first glance, this story might not appear to be very significant, but what lies behind it is both very significant and interesting. It helps to practically answer one of the most important questions in regards to the U.S. economic growth – why foreign companies invest in the U.S?

We assume that we know the answer. United States still is world’s strongest economy with world’s largest and most attractive customer market. It has a stable and reliable political system, which ensures safety of investment and protects intellectual property rights. It also offers attractive incentives to encourage foreign direct investments, thus reinforcing growth and ensuring employment of the American workforce. But what is the one most important factor that encouraged Mr. Jablonski to open his factory in the U.S.? It is America’s unique business climate ensuring transparency and ease of conducting business.

American spirit proclaiming that “anything is possible, nobody is going to stop you” is translating into business and this is what mostly attracts investors like the Polish scented candle producer to the United States. 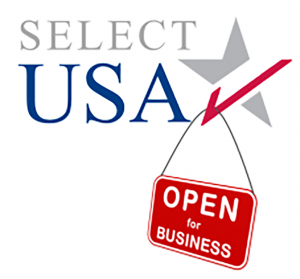 “Everything about conducting business in Poland is more difficult than in the United States; people, including government officials are not as friendly in Poland as they are in the U.S; the United States local governments truly welcome investors and offer them various attractive incentives” – these are only a few remarks that Mr. Jablonski offered while comparing the business climate in Poland and in the U.S. In his words, to open a second factory in Poland would have taken him not only longer, but it would have been more expensive than doing so in Dublin, Virginia. Now, what is the lesson from this story for the U.S. Government – both on the federal and state level?

The most important lesson of this story is to understand, that while promoting the United States as a place to invest it is crucial to specifically emphasize the advantages that the U.S. has over countries like Poland, for example. It is not sufficient to only underline the quality of the United States as a country for investment. It is important and necessary to distinguish American uniqueness in comparison to other countries.

Understanding why the investment climate in foreign countries is more challenging than the one in the United States is the key answer in encouraging investments to the U.S.

In the example of Poland, Mr. Jablonski describes how Polish government officials are set in a culture of rigid scrutiny, which diminishes creativity and new ideas through enormous layers of bureaucracy for a businessman to actually succeed. It was the opposite for Mr. Jablonski here in America. He was not only truly welcomed by the Virginia local government, but he also received personal assistance from the government and local authorities whose goal was to contribute to Mr. Jablonski’s success and to ensure growth in the small city of Dublin, Virginia.

There are probably many examples like this one throughout the U.S. and many other stories that go unreported or not sufficiently reported. And this is a mistake because there are significant lessons for America to be learned from such examples.

Americans take some facts and business behavior for granted, and yet it is these very business behaviors and practices that attract foreign investments to the American shores. Let’s promote them, make them more visible and build a stronger America on their promises.

One of the “hands on” ways of doing it would be to send U.S. representatives to meet with local governments of foreign countries and to directly convey the message to specific interest groups invited by such governments. It might not be enough to periodically organize U.S. investment promotion events in the United States and invite prospective investors in a hope that they might decide to invest in the U.S. It would be better to go directly to them. The U.S. Government should spread the message further and more directly to concrete international business communities that might benefit from such a message.

In Poland, for instance, there are fifteen regional “Investors and Exporters Assistant Centers”. The entire purpose of these centers is to make the trade exchange easier by advising the local business community on the best business practices.

The U.S. Government representatives responsible for encouraging the influx of foreign investment to the United States could personally visit such centers to promote the U.S. business and investment climate through direct meetings with local foreign businesses. The goal of such meetings would be to explain the process and procedure of investment in the U.S. from a singular exporter/investor point of view. For many potential investors America still appears somewhat unreachable where in truth, as in the example of Mr. Jablonski, it is actually relatively easy to invest in the United States.

Why not promote the investment process from a technical perspective and even present potential investors with an easy manual on investing and conducting business in the U.S.?

The author encourages the U.S. Government to appoint trade and investment “travelling ambassadors” who would make a direct and practical case on the advantages of investing and conducting business in the United States. Such ambassadors could be appointed either on local government levels and sent abroad to promote a certain U.S. state or they could be a part of the U.S. Department of Commerce and operate through programs such as SelectUSA. There are many foreign local entities that could benefit from the works of the U.S. trade and investment ambassadors.

Continuing with the Polish example, there are also numerous technology parks in Poland that gather businesses who might be interested in hearing directly about the advantages for investing in the U.S. The “travelling ambassadors” could also visit such technology parks and directly meet with potential investors.

In addition to travelling abroad to meet with potential investors internationally, the U.S. Government in collaboration with foreign governments could initiate a program that would regularly invite foreign delegations to individual states to promote the investment advantages of these specific states. The purpose of such “investment study tours” would be to not only convey the message and make the case for investing in the U.S., but to practically showcase how American businesses operate and what specific advantages and incentives certain states offer to investors.

The author believes that there is not enough exposure of the American welcoming business environment and investing opportunities that the United States offers. If the United States were to enhance its “invest in the U.S” messages, and actually took this message directly to prospective investors, there undoubtedly would be a spark in foreign investments to the U.S.