On October 23-24, 2016, Green Gate Consulting’s CEO Agnes Pawelkowska attended the West Virginia IX Identification Intelligence Expo held in Morgantown, West Virginia. Agnes was accompanied by Rafal Jarosz, the Counselor of the Trade and Investment Section of the Polish Embassy in Washington, DC, whom she invited to this event as an introduction to West Virginia and the trade and business opportunities that the state offers.

The annual Expo drew a crowd of 150 executives and government officials representing some of the nation’s largest security and identification management companies and federal agencies, such as the Department of Homeland Security and FBI. It was designed to highlight and expand West Virginia’s growing identification intelligence sector and to attract companies involved in cybersecurity, forensics, biometric and data analysis.

The two-day program also included a roundtable discussion with West Virginia’s Senator, Jo Manchin, as well as a study tour to the Mid-Atlantic Aerospace Center (MAAC) and the I-79 Technology Park. During the meeting with Senator Manchin, the Polish Government representative had a chance to present the Polish economy and its current priorities. It was an incredibly interesting and educational experience much appreciated by all the participants.

It was specifically beneficial for the Polish Government representative, Rafal Jarosz, who could witness first-hand the untapped potential that the state of West Virginia could offer to the Polish companies. Moreover, the topic of the Expo was in line with the Polish Government interest as it has recently formed a Ministry of Cybersecurity.

Green Gate Consulting gladly connected the Polish Government with Senator Manchin and his staff, and we will look forward to assist in fostering this relationship to enhance the trade interests of both West Virginia and Poland. 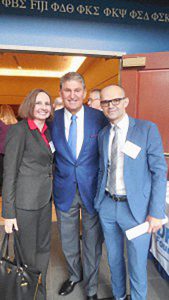 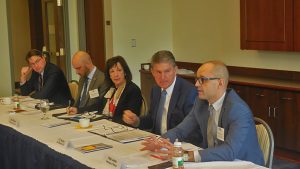