On November 14, 2014 Agnes Pawelkowska, Green Gate Consulting’s President, attended a meeting to launch the Atlantic Council’s latest report “The Transatlantic Trade and Investment Partnership (TTIP): Big Opportunities for Small Business”. The Washington, DC meeting provided an overview of the latest developments on the TTIP agreement and summarized the most important provisions for small and medium size businesses that still need to be included in the draft of this agreement.

When fully developed and implemented, the TTIP agreement will be the first of its kind to include, and to take under major consideration, small and medium size enterprises (SMEs). While developing new trade rules will benefit businesses of all sizes on both sides of the Atlantic, the TTIP agreement will be especially critical to SMEs, which are the engines of growth – both in the United States and in the European Union (EU).

The Atlantic Council’s report underlined that 99% of all businesses in the U.S. and in the EU are classified as SMEs and most of the job growth comes directly from them. In the U.S. SMEs create over 60% of all jobs, while in the EU this number is even higher, reaching 85% of all new European job creations by SMEs.

While SMEs play such an important role on both sides of the Atlantic, their export participation is relatively small and mostly locally oriented. According to the Atlantic Council, only 25% of Europe’s more than 20 million SMEs export beyond their national borders and only 13% export beyond Europe. In the United States, out of about 23 million SMEs, only 1.3% export at all and less 0.5% export to the European Union.

Clearly, there is a significant potential to increase the transatlantic trade among SMEs, thus boosting economic growth, and economically strengthening both the United States and the European Union.

The EU and the United States are the world’s two largest economies, which together represent 45% of global GDP. Especially now, with an increasing global competition and political instability it is very important to strengthen the transatlantic trade relations and to reinforce the United States and European Union’s strong presence on the international stage.

The Atlantic Council interviewed numerous SMEs, both in Europe and in the U.S, to ask their input on the currently drafted TTIP and provisions that SMEs would like to see included in it.

Most of the SMEs on both sides of the Atlantic wish to make the trade exchange more coherent and more transparent. Given their limited financial and human resources, SMEs often struggle with numerous administrative, legal and regulatory barriers that slow down trade and undermine innovation. They also find it difficult to identify potential partners and customers and lack the clarity on how to begin exporting to new markets. Once the elimination of these barriers is addressed in the TTIP agreement, it will undoubtedly increase trade exchange and ensure SMEs transatlantic trade success. 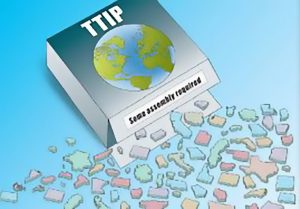 The TTIP negations began in July of 2013 with a major goal to remove duplicate regulatory barriers and to eliminate all remaining tariffs between the United States and the European Union. Currently, we just passed round seven of the TTIP negotiations. But what is next and when will the SMEs on both sides of the Atlantic be able to take advantage of the TTIP agreement? The answer is still very unclear.

Although the idea of the TTIP agreement has bi-partisan support in the United States and a large support in Europe, the reality slows down negotiations towards its full development. The truth is that although very important, the TTIP agreement is not a priority – neither for the United States, nor for the European Union. With the recent midterm election, the United States is currently very much involved in domestic politics and volatile international politics. The European Union is facing economic slowdown and is also involved in local and domestic affairs.

The next round of TTIP negotiations, which will take place in the beginning of the next year in Brussels, might provide a more specific framework for potential conclusions of the TTIP negotiations, but realistically, it is very unlikely that the negotiations will conclude in 2015. Moreover, with the United States presidential election in 2016, there might also not be enough time and political will on the U.S. side to conclude the negotiations in 2016.

Upon assessing the current status of the TTIP negotiations, Green Gate Consulting predicts that the TTIP agreement will not be introduced and executed sooner than 2017. We advise SMEs on both sides of the Atlantic not to count on it, or anticipate its provisions, until then. 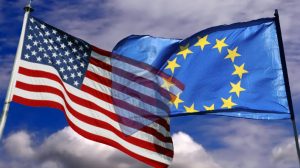 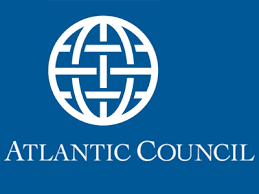