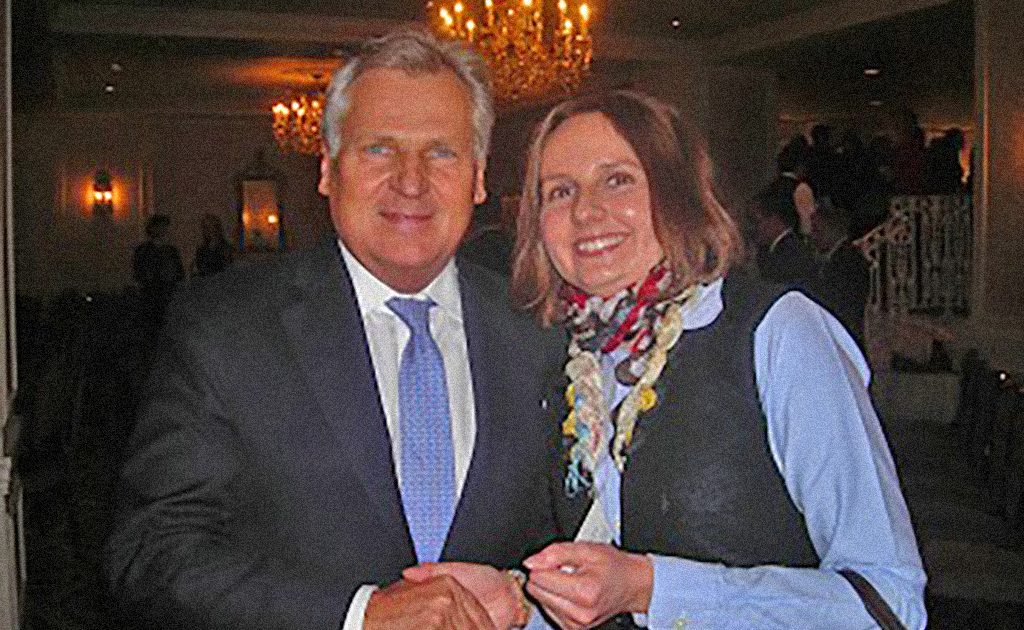 Meeting with Aleksander Kwasniewski, the Former President of the Republic of Poland

On February 28, 2013 Green Gate Consulting’s President, Agnes Pawelkowska, met with the former Polish President Aleksander Kwasniewski. The meeting, which took place in Washington, DC, was organized by the Atlantic Council in cooperation with the Polish Embassy. Among the invited guests were prominent leaders of business and politics, as well as the international diplomatic core. 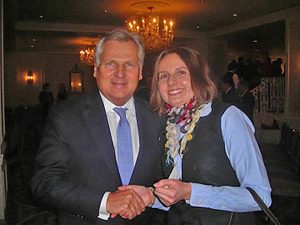 Annually, the Atlantic Council organizes a series of lectures as a tribute to the late Polish Professor Bronislaw Geremek and his historic legacy of inspiring and executing democratic change. Professor Geremek, a legendary leader of the Solidarity movement and former Polish Minister of Foreign Affairs, was an architect and founding father of a modern and democratic Poland and Europe. Former President Alekasander Kwasniewski (1995-2005) was a guest of honor in this year’s lecture.

As President, Mr. Kwasniewski participated in the famous “Round-Table” negotiations in Poland that finally brought the peaceful transformation of Poland, and the whole Central and Eastern Europe, from communism to democracy. He is also a co-author of the new democratic Constitution of Poland, which he signed into law in 1997.
The former President was a great advocate of Poland’s membership in both North Atlantic Treaty Organization (NATO), and the European Union (EU). His efforts to integrate Poland into the international community helped secure Poland’s membership in both NATO and the EU. It was under President’s Kwasniewski leadership that Poland joined NATO in 1999 and became a member of the EU in 2004.

Aleksander Kwasniewski is one of the better recognized European politicians, currently mentioned as one of the most serious candidates for the post of Secretary General of the United Nations.

During the brief, informal interaction with Mr. Kwasniewski, Agnes also had a chance to discuss with the former President various aspects of the current state of the US-EU economic and political relations, and the global challenges that those relations will face in the future.