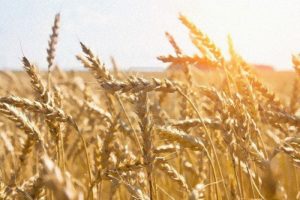 Starting February 2013, Green Gate Consulting will be representing one of Poland’s best recognized food producers. GGC is proud to gain even greater international recognition by engaging in this new market.

Our new client is one of Poland’s largest and better known companies specializing in confection, production and sale of cereals products, such as rice, groats (barley, buckwheat, semolina), beans, peas and flakes. By offering naturally healthy food it consequently promotes a healthy way of life.

Located in South-East Poland, this reputable company sells its products in leading chains of supermarkets, wholesalers, as well as in Polish small, local community shops. Its products are available in almost every region of Poland and in many international markets. Now, with GGC’s help, the company wishes to expand to the U.S. market.

Under its new representation agreement GGC will be identifying for its new client potential distributors and/or trade partners in the U.S. market. Our goal is to assist our client to successfully introduce its products on the U.S. market and to establish its presence in the U.S.

GGC’s team has initiated an extensive marketing campaign for our new client in the states of Illinois and New York, and we are looking forward to gradually spreading our campaign to other parts of the United States.