Agnes met with General Colin Powell During His Visit at the Polish Embassy in Washington, DC 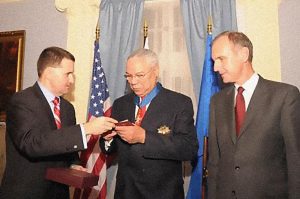 Former U.S. Secretary of State Colin Powell received the Order of Merit of the Republic of Poland at an award ceremony at the Polish Embassy in Washington, DC on September 30, 2010. Over four hundred guests, including Poland’s Defense Minister Bogdan Klich and political and military elite from Washington, DC, attended the ceremony.

General Powell, in his acceptance speech, stressed the historical links between Poland and the United States, from the first European settlers in America in the early seventeenth century, through to the American Revolutionary War heroes, Kazimierz Pulaski and Tadeusz Kosciuszko and on to Poland’s accession to NATO and its later participation in the wars in Iraq and Afghanistan. “I am a great friend of Poland’s for many years and Poland has been a great friend of America for hundreds of years,” General Colin Powell said.

Ambassador of the Republic of Poland to Washington, DC, Robert Kupiecki, said that during Gen. Colin Powell’s tenure as Secretary of State “Poland-US relations flourished and extended in scope. During that time they developed to new areas of cooperation that continue to this day”.

Since 1974, the Order of Merit has been awarded to foreigners or Poles resident abroad, for distinguished contributions to cooperation between Poland and other countries. 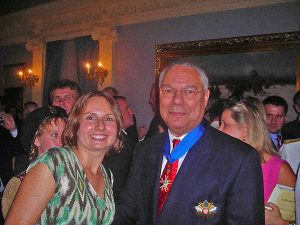