For over a year GGC has been representing a Polish company operating in the hazardous waste sector. This company owns an innovative, patented hazardous waste stabilization technology. The company is the major player in the Polish waste market, and it has been quickly gaining influence and recognition in other international markets.

The Polish waste market is growing at an enormous speed with 4 million tons of waste that will have to be managed in the next few years. In the near future, the Polish Government is planning to initially build six incinerators with ten more to follow shortly thereafter. There is a visible demand in Poland to manage waste, including different types of toxic waste, and this presents attractive business opportunities for not only Polish, but also other international waste market leaders. 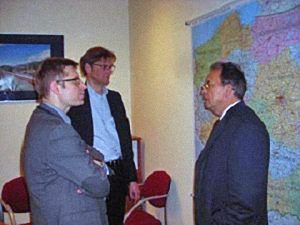 GGC recently learned that a major U.S. waste company is planning to enter the Polish waste market while competing with other major European waste management companies in an upcoming procurement bid to build the first major incineration plant in Western Poland. Our immediate idea was to introduce the American company to our Polish client to both increase its chances to win the upcoming procurement and to be more competitive in Poland in the future. GGC’s management team figured that by partnering with our client and using its innovative technology many doors could quickly open to the U.S. waste company in Poland, and more generally, in Europe. In addition, GGC predicted that the Polish Government would undoubtedly look favorably on a foreign company teaming up with a local company to enter the Polish market. 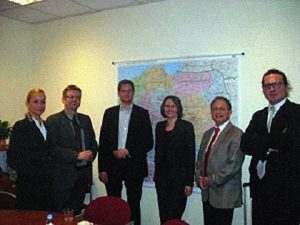 In February, GGC’s President, Agnes Pawelkowska, approached the U.S. company offering partnering opportunities with GGC’s Polish client. The American company found the idea interesting and promising, and on March 21st, 2012 representatives of the American company met with Agnes and GGC’s Polish client in Warsaw, Poland.The meeting was extremely productive and now GGC is conducting further discussions with the American company to decide on the most effective method of forming a partnership between the American waste company and GGC’s Polish client. We expect to witness a formation of a strong Polish-American waste sector team, which will effectively operate in the Polish waste market in the future. GGC is proud to be a part of this major development and we plan to be actively involved in the upcoming waste removal and stabilization projects in Poland.